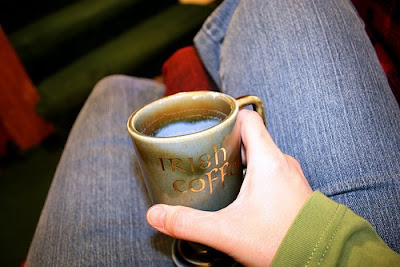 Seventeen years ago today, I thought I had a plan. Finish the papers, take the exams, graduate, find a job, plan a wedding… It was the last half of my last semester in college and I was trying hard to focus. The workload was overwhelming and I used it as an excuse, as a protective cover to hide behind rather than face my doubts and fears about the future.

When my long-distance boyfriend (let’s refer to him as Christopher) would call, I would whine, “I can’t talk right now, I have two papers due tomorrow.” But he’d want to know what I was doing and with whom. I was feeling suffocated by his constant need for reassurance. It turns out, he had good reason to be worried.

Seventeen years ago today, I liked the idea of having a plan. The plan was sensible. The plan meant security. If I could just focus and stick to the plan… But I was distracted by some nagging emotions. Christopher was having a career crisis of his own so he was coping with his own doubts. When we talked about them, he would describe his dreams and goals. In one pivotal conversation, I pointed out to him that when he spoke of his future, he neglected to mention where our prospective children and me might fit in. He was stunned by his own omission and admitted that he wasn’t sure he wanted to have children. The plan was cracking.

And then there was Luke. Luke lived downstairs and visited my room often to see my roommate. A few weeks prior, they had gone out on a date leaving me inexplicably jealous. I was confused by this emotion. I had no right to be interested in Luke since he obviously liked my roommate and especially since I had Christopher. So I tried to ignore those twinges. I tried not to notice how the party was more fun when Luke was there, the card game was more interesting when he was playing, that dinner tasted better when he sat at my table. Instead, I always had a project to research and a paper to write.

Seventeen years ago today, I wished out loud that I could spend St. Patrick’s Day properly, in a pub or café with a mug of Irish coffee. But there was no pub and no time.

Seventeen years ago today, Luke knocked on the door and asked me what he needed to make Irish coffee. With the typewriter in one hand and Christopher on the phone in the other, I shut the door with my foot and grumped that at least someone would be enjoying the night. A couple of hours later, Luke knocked on the door again - this time with a coffee maker and a bottle of Jameson Whiskey. Other friends joined us after we had already consumed a few mugs. I finished my paper with shaky fingers as a party built around me. Time sort of suspended after that. It’s needless to say that I was up all night, what with all the coffee and a steady stream of visitors. We played card games, had intense conversations, drank and I read James Joyce out loud. Aided and abetted by caffeine and alcohol, I allowed my heart to take the lead.

Seventeen years ago today, I wasn’t looking for love. That was not the part of the plan. But love doesn’t make plans - love makes coffee. And he’s been making me coffee ever since.

May all your St. Patrick’s Days be as lucky as mine and Luke’s have been.

Labels: It's All About Me

That is so romantic. Luke and Lorelai were meant to be together.

Everybody raise their glasses whether filled with Irish coffee or green beer to happily ever afters.

That gave me goosebumps -- thought I had a pretty good just-met-my-husband story, but yours is a real winner!

What a sweet story! Awwwww!

That's awesome. May you have dozens upon dozens more St. Patrick's Days together!

I LOVED this entry and was glad to see so many new posts!